From Liberty Tree
< October 2001
Revision as of 19:22, 10 May 2019 by Lazlow (talk | contribs) (Created page with "{{image|File:story1a.jpg|No longer running guns, 8-Ball gets some exercise behind prison walls.}} A local hoodlum and criminal yesterday found out that after a lifetime o...")
(diff) ← Older revision | Latest revision (diff) | Newer revision → (diff)
Jump to navigationJump to search
[[File: 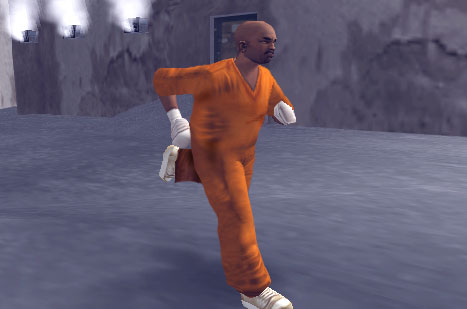